We are proud to announce that Pacific will be revamped on Saturday, May 22th at 3:00 PM EST!

After countless weeks of testing, We are finally ready to announce a new and better Pacific! This new Pacific will have everything that you love the old Pacific and more! We've been focusing on renovating older parts of the server to match the same quality we've been putting out the past few weeks to get you the best prison experience there is!

Please do remember that Pacific currently will go into legacy, so if our new Pacific isn't your style, you can still play the old one!

Wands
Breaking blocks with your pickaxe not your thing? Shoot lasers into your pmine creating obliterating blocks and sending them everywhere! Wands will be premium items found by killing bosses and opening high tier loot! These wands will only be upgradeable with new gemstones obtained from prospector so keep a hold of any gemstones you may find.

Wands will have 5 shots and each shot takes 5 minutes to recharge. Mana efficiency increases the chance that a shot doesn't use up a charge.

PvP and PvE Revamp
PvP and PvE enchants have long needed a revamp, with this HUGE update we'll be adding over 50 new enchants to both specifically PvP and PvE! You can buy these enchants using beacons with /buff. /fix will now require beacons to be used and will scale with the number of enchants and the quality of enchants you have on the set!
3 new bosses will be introduced, battle a witch that rains toxic poison down on you and your allies or a creeper that supercharges and creates massive explosions to knock you and your friends down.
Bosses will reward you with boss credits that you will be able to spend at the /bossshop, from custom armour to beacon pouches!


Enchants
We've changed leveling up pickaxes slightly, we've heard complaints about how leveling up pickaxes is not worth it past 5k for Jackhammer, Explosive, and Laser. We've scaled proc rates and prices so that you get more for what you put in! Cluster bomb and Carpet Bomb have both had the proc size redesigned from the plain old cube! Pickaxe prestiging has been made automatic too!

PMines
We hear you when you say that PMines are pretty boring, who wants to mine in a bedrock box all day? We've now made PMines have their own biomes with them, every 25 blocks in size increase the theme will change too! Going from a tropical beach to a woodland forest. You'll also be spawning closer to your mine as you launchpad from spawn too (finally)! 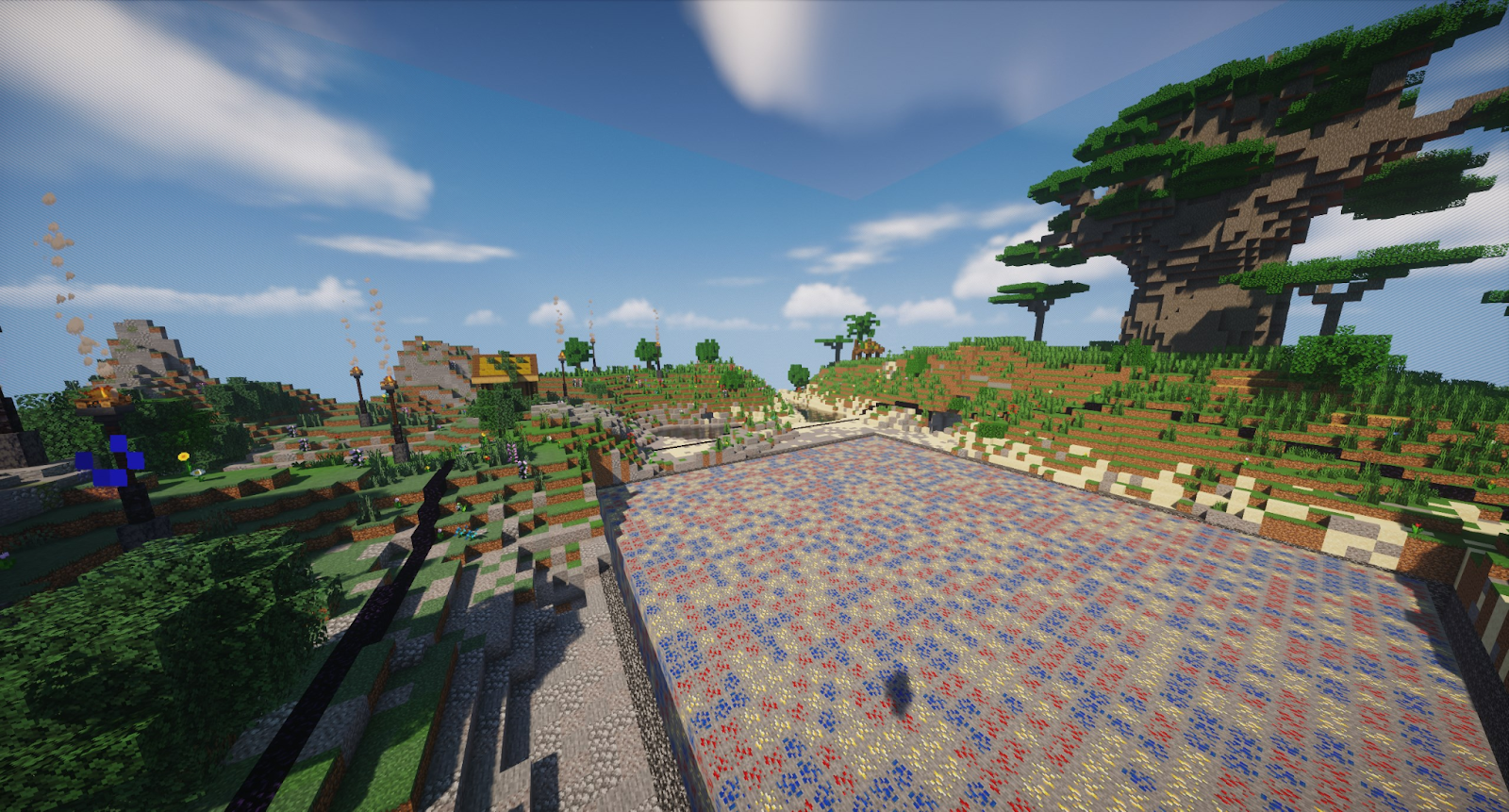 New Enchant - Shadow Clones
Tired of mining yourself? With this new enchant summon up to 15 copies of yourself to do it for you! These shadow clones will have a copy of your pickaxe and mine at the same speed you do for up to 30 seconds every 15 minutes! 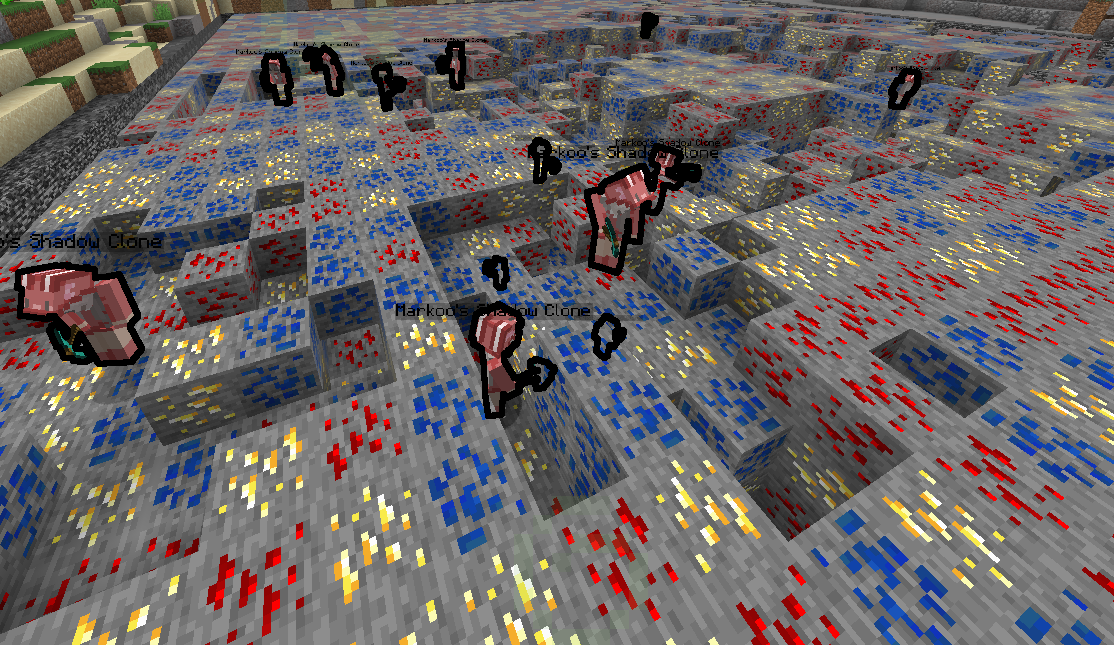 New Enchant - Invasion
Summon an army of Endermen to run across your PMine stealing chunks of blocks out of the ground and giving them to you! Mine a chest in the middle afterwards before it expires to 10x the blocks you get from it!

Rank Up Changes
This Atlantic season we saw issues with players ranking up way too quickly from being given too many ETokens. We've changed the ranking to require certain amounts of blocks broken for each rank.

Path Overhaul
Paths have been redesigned and rebalanced! Rather than leveling up each path at the same time, you can click on the path you want to activate, and while mining you will level it up and get the perks of that path! You will only get the benefits of the path you have selected at that time!

Spawn Changes
The themed spawns last season were a hit! Along with getting new spawns we've selected two of the most used spawns from last season to be used for this season too! These two spawns are the beach and the city spawns!

Eco Changes
Last season ranking up got expensive, very expensive. We've rebalanced ranking up as a whole to be smoother, rank 400 will be something that will be achievable for the biggest grinders to get to! Enchant prices have also been rebalanced slightly.


Changes since the start of last season

Pets
Pets will be your personal companions that will follow you everywhere you go, leveling up and giving your enchants buffs similar to crystals. There will be 5 tiers of pets: common, rare, epic, legendary, and mythical!
Each pet tier will have its own unique abilities, ranging from speeding up your autominers to wiping out your whole mine! The higher tier pet it is, the more abilities it will have!
Pet crates will reward you with a random tier pet with a random mob that you can uncover! If you're not happy with the tiers you have you can always breed two pets of the same tier together with a chance of getting a mutation to the next tier!


Beacon Mines
Every few hours meteors will fall from the sky landing at one of three locations. Each of these meteors are made of enriched beacons which give lots more beacons than normal! Be careful as some mobs will land with the meteor and defend it!

As you make your way down the ravine, more difficult mobs will spawn, with higher health and damage! As they get more difficult the number of beacons they give will increase! Careful of the boss at the end, the Iron Enforcer will use 3 different abilities to defend itself, a homing missile, shockwave and lightning. Best to team up with some friends against this one!

Make sure to join the discord (https://discord.gg/mcprison) to get weekly updates on what's happening as well as engage with the MCPrisons community!​